White Chevrolet Kingdom: How Do Expatriates Live in Uzbekistan?

How much does it cost to live in Tashkent? How does the IT community develop? Why do cabs have no seat belts? Python developer Maxim Belov told the Anywhere Club blog how he was impressed with Uzbekistan. 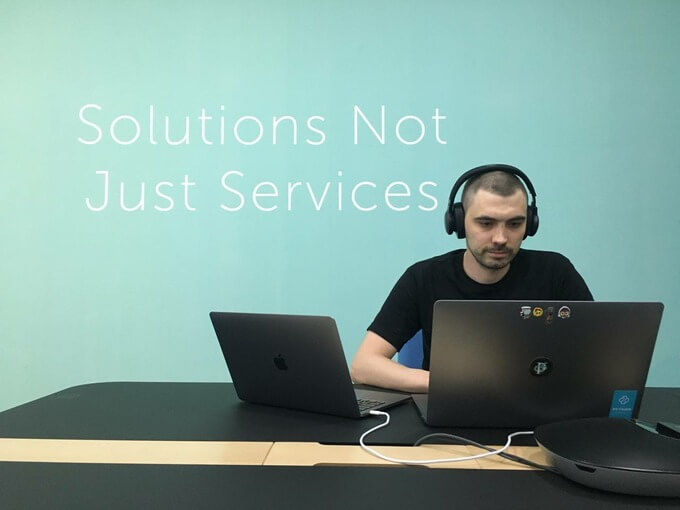 — I moved to Uzbekistan in February 2022 with my family. Before that, I worked with Uzbekistan for about a year: I had my own developer unit there. I communicated with the locals every day and studied the region's peculiarities — the "country profile." But in reality, Uzbekistan still surprised me pleasantly, — says Maxim.

— On February 24, I bought tickets from Minsk to Tashkent in two hours, we quickly packed the necessary things, and in twenty-four hours, we were already in Uzbekistan. We flew on a half-empty plane and were practically the first relocated. I did all the logistics and looked for accommodation on my own. But after a week, employees of a local IT park began to meet the newcomers at the airport, give out SIM cards and help with finding accommodation, which is excellent.

There are many other significant areas except downtown - and prices will be lower - but they must be inspected before you decide: the quality of life can vary depending on the location. You can also rent an apartment, not in Tashkent, but in Samarkand - one of the oldest cities in the world, and it will be significantly cheaper.

If someone is thinking of buying an apartment in Tashkent, the price will be lower than in Belarus: on average, $1,000 per square meter - and that's near the city center.

— There is no problem with medicine. My wife was 26 weeks pregnant when we left. Even before we received the residence permit, we had my wife registered at the Center of Obstetrics and Gynecology. There is a fee for services there, but locals also pay it. She got registered at the district clinic for basic tests and examinations: it's free. The first time we lived in a hotel: the hotel always makes you the registration. Take it and your passport - and you will be immediately registered at a medical center.

Paid services are affordable. For example, an ultrasound with contrast will cost about $14, and an echogram — $8. I recently got myself vaccinated against coronavirus. The whole procedure was effortless and fast: I just called the clinic, found out about the availability of vaccinations, took the registration and a notebook for the card, came, and was processed and vaccinated for free. I did not wait in any lines. But this, apparently, depends on the polyclinic.

— The level of education pleasantly surprised me. In Belarus, my son went to public school. Here, we sent him to a private school. The educational program is very advanced, and the choice of activity groups is great. He partook in many kids' activity groups in Minsk, but he had to be driven everywhere. Here he goes to school at 8:30 and finishes at 5:30 p.m. After classes, he attends activity clubs and sports sections. Meals included: it's all very convenient.

As for public schools, they are very different. There are strong schools with a better curriculum, and there are ordinary schools. I'm talking solely about elementary school, as I have a child in the second grade. You have to pass exams to enroll: Russian, literature, English, math, plus talk to a psychologist. There is a limit on the number of students in classes in private schools - 18 people. My child wasn't accepted to the math class, as there were enough students already. He was shifted to the linguistics class. Five English, four Russian, two German, and two Uzbek lessons per week. I help my son with Uzbek because I teach myself six hours a week. Since we're staying here for a long time, it's worth doing it out of respect for the country.

It was hard for my son the first week, but he got used to it. Children, in general, are very flexible; it's easier for them to adapt. The fun thing is that we always thought we had a very well-behaved child. He doesn't come athwart the elders, he never bullies, but he gets C's and B's for his behavior here. The school has an ethics course, where they deal with different situations — not the trivial ones, where it is clear what is good and what is wrong — but ones where there are half-tones and other options as the best way to act.

My son freely goes out into the yard and plays with the local kids. In school, kids accepted him right away and showed him where everything was in the school.

— People in Uzbekistan are are amicable, and almost everyone speaks Russian. Whatever happens, they are always ready to help you.

Many IT specialists have already come to the country, with them my colleagues from EPAM. It is very convenient - our kids have someone to talk to and play with.

There are a lot of offline IT events: the IT park, EPAM and other IT representatives are the organizers. Once I was a speaker at a meeting of Python developers in Tashkent.

— Since I have a newborn daughter, most entertainment is closed for us. But in general, there are many opportunities for independent travel - mountains, deserts, many historical places with beautiful architecture. Tashkent is one of the greenest cities in the CIS, with many parks, although the locals disagree: they say it used to be much greener.

You can't relocate without them.

— Driving culture is deficient. There are never any back belts in cabs, drivers are constantly running off, honking, not showing turns.

It's a kingdom of white Chevrolets for all tastes and wallets. The state has set very high import duties on cars. A foreign citizen can import his personal vehicle into Uzbekistan for only three months a year. In this case, the cost of customs clearance can exceed half the value of the car. It seems that this law is going to be changed.

It is often dirty in public places. They clean the city, but apparently it's polluted faster. Parks are significantly monitored, but trash could lie on the streets.

There is a problem with online shopping as there are few online stores. The service is not so good either. Deliveries take much time.

But all these disadvantages are offset by one big gift — my family is in a safe, friendly and warm country.

You can ask more questions about relocation to Uzbekistan on our Discord server.